One to Watch by Kate Stayman-London

What happens when a plus-size fashion blogger takes on the lack of body diversity on tv by becoming the bachelorette on the reality tv show Main Squeeze? Will she succumb to the allure of instant fame and instant romance, or will she stick to her guns and not fall in love like she planned? Find out on the next installment of this often-used romance device that has become increasingly popular lately.

Bea Schumacher has a successful career as an Instagram fashion blogger, but has been unlucky in love. Pretending not to mind, she secretly wants to fall in love and have a family like her parents and siblings. After suffering a devastating broken heart she falls into a depression that she can’t seem to climb out of. So, when she is approached by the showrunner of the reality show Main Squeeze and is offered the starring role, she is eventually convinced to increase her media presence by doing the show – on two conditions. The bachelors need to be more diverse than the ones that are normally chosen for the show, and she will absolutely not fall in love.

Of course, you know what comes next. Bea is introduced to series of model-like guys who are appalled to be paired with a plus-size contestant and who act awful towards her and hurt her feelings. The producer has clearly already lied to Bea and is intent on producing drama at any cost, but surprisingly, normally smart and savvy Bea keeps believing that things are just a coincidence and not intentional. Bea already had her walls up and didn’t plan to trust any of the guys, and their bad behavior solidified her opinion. But, are any of the guys being honest with her? Bea will just have to learn to put herself out there and trust them to see.

There was just enough of the reality tv show stuff in the book to be interesting, but not too much to become boring. I think it is well written, and I really enjoyed the narrative switching between the story, text messages, blog posts, text chat messages, emails, etc. I thought these devices added some much needed humor to the story and helped break up some of the heavy “feelings” parts of the book. Because, goodness, there are a LOT of feelings in here.

I have mixed emotions about this book. I completely understand Bea’s inner turmoil in quieting the voices in her head telling her she’s not good enough, not deserving of love, and that she is a fool to believe that any man could be interested in her. The author did a great job of taking the reader into Bea’s racing mind, and if this was therapy, I can see going into a deep dive of her feelings. But, this is a book that needs to move along, and I felt like this part of the story became repetitive and dragged the pace of the book down.

I also thought this was a bit unauthentic because in the beginning of the book Bea is very capable, self-assured and seems to have come to peace with her size and her place in the world. During the show, however, she repeatedly spirals out of control with doubts and worry. I mean, I can see questioning herself and those around her, that’s expected, but the Bea from the beginning of the book didn’t seem at all to be the same Bea from the middle of the book. Maybe that is the whole point, because there are definitely people who act like they have it all together but are really a hot mess inside, but if that is the case, there should have been a little bit more context to gel the two aspects of Bea together.

I think the “surprise” (that wasn’t really a surprise) at the end of the book is clunky and awkward. I mean, we all see it coming a mile away, but I think it could have been handled much better to bring about better closure. The ending was also predictable, but in romance books, you come to expect that.

Overall, however, I enjoyed this book and think you will too.

I received a free copy of this book from NetGalley in exchange for an honest review. 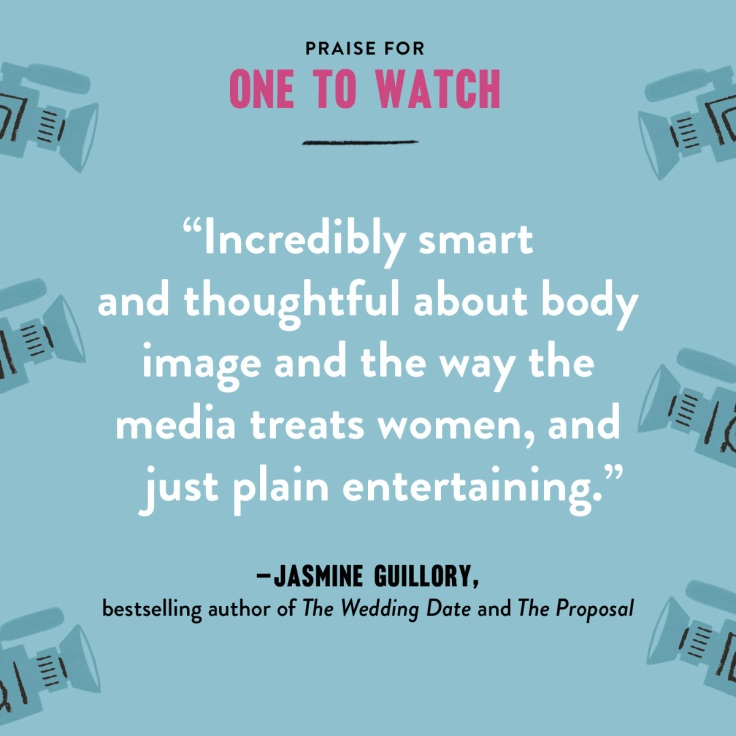 One thought on “One to Watch by Kate Stayman-London”